Passport checks before you get NHS treatment 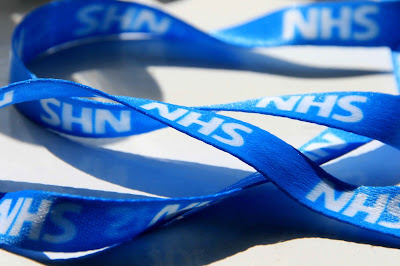 Charlie Elphicke, the Tory MP for Dover, and officials in the Department for Health have been mooting the idea of nationwide identity checks for patients before they receive NHS treatment in the UK.


On the face of it, the reasoning behind this is the scourge of “health tourism” that plagues the pages of outraged tabloid newspapers and right wing broadsheets. In April 2016, the Telegraph reported in an article entitled, “Health tourists cost UK taxpayers £6billion in eight years” that “Britain has lost more than £6billion in the past eight years treating foreigners from the European Union in UK hospitals”.


But, what do we mean by health tourism? My definition is people who come to the UK specifically to receive medical treatment for free on the NHS. I, and I think most people, would not include a Frenchman who visits the UK and is hit by a car while here as a health tourist. If you accept that definition then the Telegraph’s claim is nonsense.


Full Fact tells us that people coming to the UK to take advantage of the NHS costs the UK taxpayer between £110M and £280M per year. So over an eight year period and using the higher figure for all 8 years, the most health tourism could have cost the UK is £2.24bn – a full £3.76bn less than the Telegraph claimed. Of that £110M to £280M figure, £60M - £80M is foreigners while the majority are British ex pats returning to the UK for free treatment to which they are no longer entitled – this figure is thought to be between £50M and £200M!


Just to put these figures in perspective, the UK Parliament is about to spend £7bn refurbishing their office building in Westminster and up to £41bn replacing the submarines that carry trident nuclear missiles (that figure doesn’t even include the missiles themselves by the way)! The current NHS budget is £101.3bn so health tourism each year accounts for between 0.1% and 0.2% of the annual budget. When you take out the British ex pats, health tourism accounts for between 0.05% and 0.07% of the budget.


The Telegraph article doesn’t tell us how they reached their £6bn figure and I cannot make the figures I’ve found add up to that number. But what they do tell us is that the UK paid £6.2bn to other EU states for treatment of UK citizens by their health services.


The Daily Mail tells us that the NHS received £1.5M from the Polish government to cover care for its citizens in the UK but paid out £4.3m to Poland for treatment of British nationals. This may be because the Brits in Poland are often young and drunk (been there, don’t that) while the Poles here are generally living here rather than on a holiday to party. But, more likely it is because the NHS simply doesn’t take effective steps to collect the money that it is owed. From what I am told by NHS employees this is the case even where it is known that somebody is from another member state and is because the staff have no real training on what to do and there is little structure in place to refer overseas nationals either for private billing or for treatment costs to be recovered.


According to Full Fact, the NHS spends about £1.8bn each year treating overseas nationals who end up being treated here because something unexpected happens, e.g. because they are run over, as opposed to people who visit the UK deliberately to access free health care. Of this £1.8bn just £100M is recovered.


So, we must ask ourselves what impact would nationwide ID checking have on the NHS and its budget? The answer is: practically none. Stopping the people who come here deliberately to access expensive medical treatment for free would save the NHS about half of one percent of its annual budget. To put that in perspective, the Office for National Statistics tells me that as of 22nd November 2016 the average weekly wage is £505 so is the NHS were a person earning the average wage then that 0.05% represents £2.52, or less than the cost of a pint of beer (in London anyway)!


How would ID checks work? Anybody can obtain a driving licence so they are no good to prove you are entitled to NHS care. Passports have been mooted but not everybody has them and, as we’ve seen, the majority of health tourism likely comes from British passport holders who are not entitled to NHS care! So that doesn’t work either. People have suggested to me that your NHS card would suffice but again, this won’t help with ex pats who presumably have an NHS number and card (for the record, despite being born in the UK and living here my entire life I’ve never seen my NHS card and would have no idea what I’d do with it anyway). So that leaves us with two options, either an entitlement checking service that would involve a large number of dedicated staff checking a computer system to see whether each patient is entitled or a specific ID card that could be issued (and presumably renewed every couple of years) to prove entitlement. At this point, we should remember that the cost of government IT systems is always astronomical and that the last time the government considered ID cards the cost was put at £5.4bn or about 20 times the maximum saving of ID checks!


You also have the problem that ID checks won’t prevent all health tourism. St Georges Hospital in London has said it has a problem with Nigerian women going there to give birth. They can clearly be turned away in the early stages of pregnancy but if a woman presents herself to the hospital in labour she is, quite rightly, not going to be turned away!


Is there a better way for the NHS to cut the amount spent on overseas patients? Yes there is a much simpler method.


First, the NHS is useless at claiming back the cost of treatment from other member states. Put in place a structure and train staff on how to refer to the payment collection teams could bring in up to £500M a year, dwarfing the figure spent on actual health tourists! Secondly, not all overseas patients are from the EU but many of them will have health insurance… so claim from their insurance providers. The NHS isn’t going to recover all of the £18bn spent each year but it could do a lot better than it does. Government has estimated that if it actually billed people, about 40% would pay up. This is terribly pessimistic. If you ran a business on the basis that only 40% would pay you’d go bankrupt. Businesses manage to recover far more of their fees than 40% and I can see no obvious reason why the NHS couldn’t do much better.


Slightly off-topic but one of my local NHS hospitals treats health tourists. They are very good for the NHS. They are usually very wealthy foreigners who will pay a lot of money to be treated in the UK’s world class hospitals and rehabilitation facilities. They improve things for NHS patients too because their fees enable the hospital to put on more NHS staff and open more beds – that is a model that the NHS should consider adopting. People want to come here for treatment… let them!


Calls for ID checks annoy me. Not because it affects me, I’m British and entitled to treatment so aside from being a little inconvenient it makes no difference to me. I’m annoyed because ID checks are ineffective and risk breaking down the relationship between medical staff and patients. Worse, I don’t believe anybody in their right mind can seriously think that ID checks will make any serious difference to the NHS nationally – in specific local areas maybe – they are proposed because politicians know that in the current climate a lot of right wing newspapers hate foreigners and a lot of people distrust foreigners. Proposals like this that can make no serious difference are designed to pander to people’s basest emotions, garner headlines for the politicians and do absolutely nothing to help people in their everyday lives.
computers identity cards nhs Politicians
Location: Red Lion St, Richmond TW9 1RB, UK