Dangerous driving: when is it okay to deliberately knock down a motorcyclist? 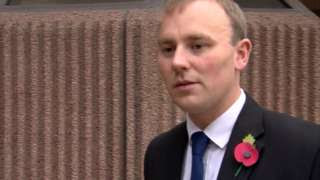 Although most my work is in drink driving offences, I do also handle a lot of dangerous and careless driving offences too – although I don’t advertise this service, dangerous driving and drink driving can often go hand in hand. With that in mind, I’ve been fascinated by the case of James Ellerton, the Liverpool police officer who deliberately crashed a police van into a motorcyclist.


PC Ellerton was investigated by the Independent Police Complaints Commission who referred the case to the Crown Prosecution Service for a decision on whether to charge PC Ellerton with dangerous driving. He was charged and subsequently tried at Liverpool Crown Court where a jury acquitted him despite the Crown alleging that his actions were excessive and in breach of police policy.


I should admit that my first reaction was that his actions must be sufficient for a conviction of dangerous driving but clearly the jury disagreed and having considered the press reports I have changed my opinion, but only just.


So, when is it okay to deliberately knock down a motorcyclist?


The brief facts of the case are that PC Ellerton, a PC with ten years’ experience and a qualified firearms officer, was driving an unmarked police van when he spotted Devere Ogungboro riding a scrambler motorcycle through Liverpool city centre. Mr Ogungboro was said to be swerving in and out of traffic, performing wheelies and driving on the wrong side of the road with his lights switched off (the incident happened in the dark) and no number plate on the bike – I do not know the truth of these allegations and I note Mr Ogungboro is due to stand trial in respect of them in February 2017.


PC Ellerton followed Mr Ogungboro, who was serving a suspended prison sentence at the time, and witnessed what PC Ellerton thought to be very dangerous riding. At the end of the incident, Mr Ogungboro turned his bike around and headed back towards PC Ellerton. The officer put his van on the wrong side of the road to block Mr Ogungboro from passing. Nonetheless, Mr Ogungboro attempted to ride around the van. At this point, PC Ellerton moved forward and deliberately drove his police van into the motorcyclist, knocking him off the bike.


It is unclear from the reports I have read whether PC Ellerton knew that Mr Ogungboro was the rider and that he was serving a suspended prison sentence.  It is also unclear whether Mr Ogungboro was wearing a helmet.


There can be no argument that deliberately driving a van into a vulnerable road user, such as a motorcyclist, is dangerous such that a competent and careful driver would recognise it as obvious. In the normal course of events I do not think it could be argued that deliberately crashing a van into another road user does not falls far below what would be expected of a careful and competent driver. This is uncontroversial and PC Ellerton did not try to argue that his driving was anything other than dangerous when he went to trial.


How then did he secure an acquittal? PC Ellerton’s defence was not that his driving was safe but that he had a lawful excuse for driving dangerously. He relied on something called private defence, which includes self-defence, and allows you to use physical force up to an including causing the death of another person to protect yourself or others. The caveat is that the force you use must not be excessive to the situation you are facing.


PC Ellerton argued that Mr Ogungboro was riding so dangerously that he posed a serious risk to other road users that might result in the death or serious injury of a member of the public. He therefore acted in defence of Mr Ogungboro’s potential victims and put a stop to the danger as soon as he had a chance. PC Ellerton gave evidence that he was travelling very slowly when he hit the motorcycle. Certainly, Mr Ogungboro does not appear to have suffered any injuries given he was arrested two weeks later, again for an allegation of dangerous driving in which he was said to have been driving a van, which he crashed into a car while trying to escape from police officers.


The Crown argued that PC Ellerton’s actions were excessive, presumably because there was no immediate threat only a potential threat at some point soon and because driving a van into a motorcyclist was excessive to the threat posed by Mr Ogungboro’s driving.


The jury heard all the evidence, including an account from Mr Ogungboro who said he did not know that the van was being driven by police and would have stopped had he known – a claim that I imagine was undermined before the jury given just a couple of weeks later he was again being chased by police and again failed to stop when required to do so.


We do not know how the jury reached their decision but we can assume that they concluded Mr Ogungboro did pose a real threat to the life of others and that PC Ellerton’s actions were a reasonable response to that threat.


So, that’s the answer to how you can deliberately knock a motorcyclist off his bike and not be guilty of dangerous driving.


I know a lot of police officers have expressed concern, derision and outrage that the IPCC and CPS decided to prosecute PC Ellerton. For my part, I think the decision to prosecute was justified. He clearly drove dangerously, there can be no argument on that point since he accepted that fact at his trial. There was a legitimate argument that using a van as a weapon against a vulnerable road user, albeit one putting himself and others in danger, was excessive. With respect to police officers who feel aggrieved by this prosecution, this was always a decision for a jury to make rather than a faceless lawyer working behind the scenes.


Far from being a case of a needless prosecution it is in fact a shining example of the system working correctly (for once), bringing the evidence before a jury of PC Ellerton’s peers and allowing them to make the final decision; this is precisely why we have juries.


In a way, I think PC Ellerton was lucky that no injury was caused to Mr Ogungboro. Had he fallen, hit his head and died or suffered serious injury (something surprisingly easy to do as evidenced by the “one punch killers” we read about in the press from time to time) then I think he would have had a tougher time escaping conviction – as I said in my previous post on dangerous driving, these offences are more and more about the outcome rather than the intention of the driver.


Finally, I note that guidance on the use of stingers – devices that puncture a vehicles tyres – do allow them to be used against a motorcycle as a last resort even though deflating the front tyre of a motorcycle will lead to an immediate loss of control and a crash. I suspect PC Ellerton’s action was a lot gentler than a stinger would have been against Mr Ogungboro’s motorbike.
CPS dangerous driving police