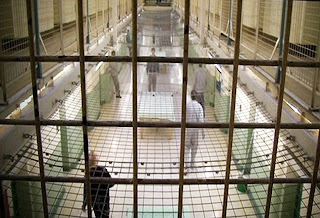 Generally speaking a court will sentence according to the guidelines laid out by the Sentencing Guidelines Council or according to the precedent established in previously decided cases in senior courts.  There is a good reason for this.  If you allow courts to do as they please you find that sentences vary wildly.  This is not in anybodies interests as it leads to injustice for the defendant in one are and injustice for the victim in another.  Guidelines ensure consistency in sentencing across the country.

There are a number of these guidelines with which I disagree completely.  They are often either too lenient or far too harsh for the offence in question.

Last Saturday I was court duty solicitor for the West London area.  Due to court reforms we were sitting in Westminster Magistrates' Court.  The same court was hearing its own local cases and cases from the City of London.  Due to the confusion caused by jumbling so many areas up into one courtroom I ended up representing somebody from a the City of London's jurisdiction.  Since I am not a duty solicitor in that area (and when I briefly was I never got a case to deal with) I was completely unaware until Saturday that the City of London has introduced its own sentencing guidelines, which in the case of pickpocketing are much more severe than the nationwide ones.

The national guidelines for theft from person show a starting sentence for a first time offender of a community order for the lowest level offence.  However, in the City the starting point for the same offence is 18 weeks imprisonment!  My client pleaded guilty and got 12 weeks imprisonment for his first offence.  Anywhere else and, no matter what the guidelines say, I would have expected a fine.

I am all for people being rehabilitated in the community, but I am constantly amazed just how difficult it is to get sent to prison for offences of theft and violence, even when you have previous convictions.

In fact, for common assault there are three categories of offence set out in the guidelines and common assault carries a maximum sentence of 6 months imprisonment.  Yet, even for the most serious common assault the starting point for sentencing a first time offender is a community sentence.  That highest level includes situations where the victim suffers an injury!

Some sentences are getting so silly now that I wouldn't be surprised if Chris Huhne avoided prison for conspiring with his ex-wife to pervert the course of justice.