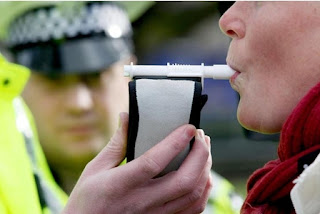 Last year I talked about the coming changes to Defence Costs Orders, which are the Orders made by courts that allow an innocent defendant to claim the cost of his defence back from the authorities who wrongly accused him or her.  These changes are now in force.

At the start of this year I was contacted by a defendant via the London Drink Driving Solicitor website.  He had been accused of failing to provide a specimen of breath for analysis but said he was not guilty because he suffers from severe asthma and was physically unable to provide the breath specimen.

I explained the costs and the new Defence Costs Order system, which means that even if acquitted he might not get back all of the money he pays out to defend himself.

Last week he told me that he had decided he could not see the point of fighting and winning only to have to pay out as much as the fine would be if he pleaded guilty.  For him, he couldn't afford the risk of winning and losing his money as well as lost income from time off work for the trial etc.

He made a financial decision to cut his losses and plead guilty to an offence he said he was innocent of committing.

The overriding objective of the Criminal Procedure Rules and thus the court and everybody involved in the Criminal Justice System includes, "acquitting the innocent and convicting the guilty".  That's the top, number 1 point made in the CrPR.  It is important.  Nowhere that I can find does it say that people should be forced to make financial decisions about whether they falsely admit to being a criminal in order to avoid potentially harsher financial consequences of being found not guilty!