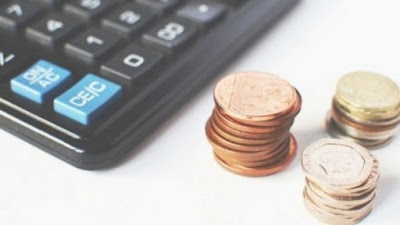 Very quick blog for the benefit of David Gauke, MP who happens to be chief secretary to the Treasury.


He is introducing business rate changes that will see rates rise for just over half a million businesses from April. He is facing a barrage of criticism from various directions. I instinctively feel that business is quite heavily taxed at the moment and increasing the tax burden on small businesses at such an uncertain time is a terrible idea. But, I also recognise that I don’t really know much beyond what happens in my own business so I won’t try to argue whether the rate changes are a good or bad thing
What I do want to discuss is his comments about steps being taken to clamp down on people bringing challenges to the rates they are asked to pay in the hope of reducing the cost to their business.


Mr Gauke seems to place the blame for too many challenges at the door of the surveyors and lawyers (aren’t we always to blame… well until you need us) encouraging businesses to proceed on a no-win, no-fee basis. He said this:


“Nobody is going to be stopped from appealing… We have to recognise what is currently happening in the system is that there are a huge number of very speculative appeals that are going in, first encouraged by agencies on a no-win no-fee basis, chancing their arm hoping that there will be a reduction in their business rates.


“That is frankly clogging up the system and getting in the way of appeals for those who have a genuine problem, where maybe there has been a mistake or an error, and that process is much slower than it should be.”


Since Mr Gauke is being frank, I hope he won’t mind if I am too. For somebody whose job is so integral to business in the UK, it is a pity Mr Gauke has not taken a moment to think about how no-win, no-fee claims work. If he had I do not see how he could have made that statement with a straight face. To be even franker I don’t see how he could have looked at that statement and thought, “that makes sense” on the face of the words themselves.


As the name implies, no-win, no-fee means that if you don’t win your case your lawyer or surveyor doesn’t get paid. In civil courts, solicitors are entitled to claim an enhanced fee when undertaking these cases. I don’t know whether that is the case in rate challenge cases, but after looking at a few firm’s websites I see most take a portion of the savings they bring in, which is effectively no-win, no-fee.


Because the solicitor does not get paid if he loses the case there is no incentive for him to agree to a no-win, no-fee arrangement in “speculative appeals” since, if it is a case with no real merit then that is a recipe for losing. And, in case Mr Gauke isn’t keeping up, if the case is lost the lawyer has undertaken all the work involved without being paid. That’s fine if you expect to win more than you lose, but if you are deliberately proceeding on speculative cases that you know are likely to be lost then you will lose more than you win.


I don’t deny that speculative cases are brought. But, I’d suggest there are reasons other than lawyers encouraging clients to proceed simply to line their own pockets.


I also don’t deny that no-win, no-fee arrangements exist but, I do suggest that any sensible businessman would not repeatedly enter into them knowing they are going to lose over and over again. As I’ve said, most of the firms I’ve seen charge based on the savings they make for the business – no saving equals no income, which means unpaid bills every time they lose.


You might consider that people are engaging lawyers and surveyors or bringing “speculative appeals” themselves because the impact of taxation across their business is very high and they are very desperate to minimise it if at all possible. But, like I said, I’m no expert on taxation so I’ll let you make up your own mind.
business rates David Gauke no-win no-fee Politicians